Learn more about the sexual power of breasts

Learn more about
the sexual power of breasts 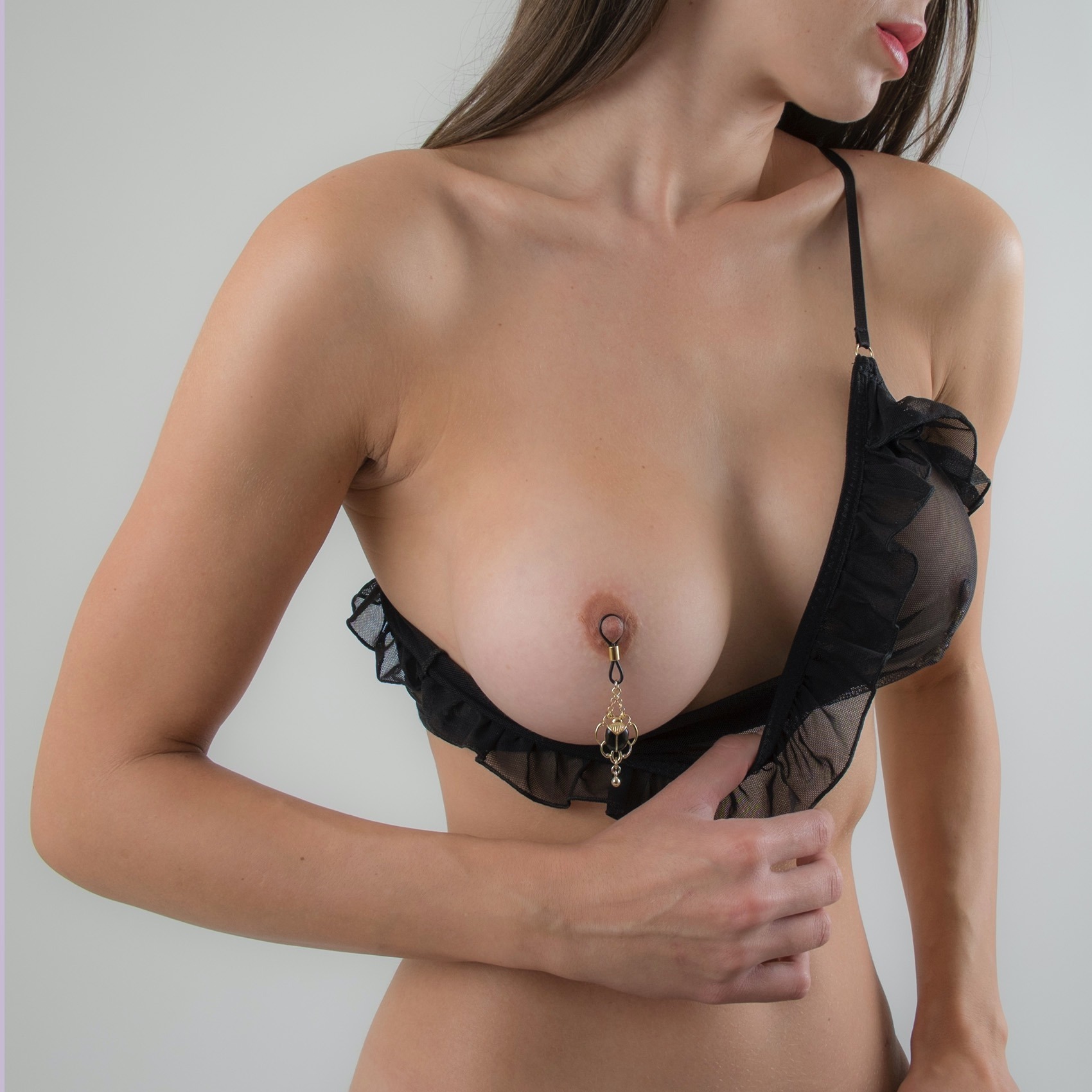 The different symbols of breasts in history

Ancient paintings depict Madonnas suckling their sons to show the notion of the sacred. Christianity, which constantly refers to the naked body as the original sin, obliges women to cover themselves, to hide everything that could lead to sexual error. Breasts are concealed under long garments or under blouses buttoned up to the neck. It is known that the sight of breasts arouses desire and excitement.

The breast is discovered to seduce

Throughout the ages, the breast has been hidden, covered and corseted before being gradually uncovered and exposed. In the fourteenth and fifteenth centuries, cleavage made its appearance in the countryside and among the French nobility. The breasts are shown and become enticing and provocative.

Much later, the appearance of the bra was to be a revolution: invented by a feminist Herminie Cadolle in the early 1900s, the bra freed women from the grip of corsets that imprisoned and deformed the female bust.

The bra, initially designed to comfortably support the breast, became an ever-evolving lingerie accessory. Today’s women can choose a comfortable bra that suits their breast shape and their desire for seduction. The variety of bra models on the market emphasises the sensuality and comfort of lingerie and the appeal of the female body.

The different shapes of breasts

Apple-shaped, pear-shaped, lemon-shaped… We like to call the shape of our breasts by fruit names. Every woman has her own breast shape: round or full breasts, small breasts or fried eggs in the style of a tomboy….

Beauty standards and fashions over the years have forced women to have perfect breasts: androgynous fashions value small breasts, pin-up fashions glorify full breasts and breast surgery has boomed in recent years, selling you the breast of your dreams.

In this world of permanent change, let’s remain ourselves above all, let’s respect our personality and our body. Let’s take care of our breasts, their beauty and health by having regular mammograms, rather than constantly worrying about their size or shape.

If you really think your breasts are too small, push up bras will enhance your breasts and provide a natural volume effect. And if you’re worried about the effect of your breasts on men, men in general prefer natural breasts and are far from systematically appreciative of overly large breasts or reconstructed breasts.

Did you know that breasts…

Breast stimulation plays an important or even major role in sexual arousal and access to orgasm. Some women reach orgasm only with nipple stimulation

Did you know that the nipple is composed of hundreds of nerve endings? This explains why it is so sensitive and easily aroused by touch. When the nipple is stroked, certain areas of the brain in communication with other erogenous zones react immediately and the brain produces a hormone related to the clitoris for example.

Tips for stimulating the nipple

Be careful, titillating the nipple is an art! Caressing with the fingers or tongue should be measured and done gently: stimulating the nipple too quickly or too roughly can have the opposite effect by creating discomfort or even pain.

stimulation with the fingers

Caressing the breasts and nipples should be gentle. The sexual partner can use the palm of his or her hand to massage the breast and then caress the areola with the fingertips. When aroused, the nipple swells and erects itself ready for further stroking. Some women also enjoy nipple pinching.

Stimulation with the tongue

Blowing on the nipple causes intense pleasure and prepares the breast for kissing and tongue play. Men love to kiss the nipples and then lick them with their tongue. Again, licking must be moderate to avoid any unpleasant sensations, even though nibbling the nipple can trigger a sublime orgasm for some. The breast is therefore an important erogenous zone which, if properly stimulated, leads to sexual pleasure.

The sight of a beautiful chest rarely leaves anyone indifferent! Women know this well. They like to attract attention and seduce by wearing plunging necklines. Thanks to push-up bras or silicone cups, they accentuate the curves of their breasts.

They take care of their breasts by using beauty products to firm up the bust and moisturise their skin. The modern woman does not hesitate to massage her breasts with satin oils or to treat herself in an institute and to take care of her breasts to be sexier and better in her skin.

Women can also wear nipple ornaments to embellish their breasts and surprise their partner during undressing or sexual intercourse. There are different kinds of breast ornaments. Here are the main ones:

Nipple piercing jewellery has many fans. But many women who are looking for a sexy accessory to dress up the breast are reluctant to go through with the piercing. Having a nipple pierced means that the procedure must be carried out under optimal hygienic conditions and that the jewellery must be worn almost permanently.

If the wish is to adorn the breasts in a punctual and naughty way, nipple covers are very trendy. These pretty accessories, often made of fabric, are stuck on the nipple with an adhesive system. Nipple covers are available in various shapes and colours at very affordable prices.

Finally, there is also real non-piercing jewellery for the breasts that dresses up the breasts without hiding the nipple. These jewels, regardless of the model chosen, are designed with an adjustable and painless lasso-shaped attachment that embraces the nipple. This system allows the jewellery to be adapted to the diameter of the nipple. A great advantage!

Adult content. You must have at least 18 years old.